I’ve always been intrigued by this harmonic progression. What’s going on here? It doesn’t seem to follow anything I’m familiar with. After a sleep in my hammock and a few beers I think I got it.

Take note of the borrowed chords from the parallel minor (c minor) in the verse: Bb major, Fm and Eb major. Also note the inversions in measures 7-8 that create the chromatic bass line that really ties this progression together.

Notice the progression in the last line. With the use of inversions another chromatic bass line is created between the G (IV) and Em (ii). The one borrowed chord (Dm, first inversion) completes the chromatic bass line. The A7 resolves deceptively to Bb major to return to the verse. Ingenious!

One other thing, the phrases alternate between four bars and five bars which I didn’t notice until just now.

Chords on top and Roman numeral analysis underneath.

I was talking with a student the other day and we got into the subject of diminished seventh chords and how they are used in jazz. It got me thinking about how many different ways this chord can be resolved based on how it is used by composers of jazz as well as classical music. Most of us think of this chord as having a leading-tone function or wanting to resolve up a semi-tone to another chord. This seems to be the most common usage. But what about the other situations where we find the chord moving down…

Angels We Have Heard on High

A jazz arrangement of this traditional carol that I hope you find interesting and will learn for the Holidays. A good way to keep your jazz voicings in shape.

My latest in the seasons series. I hope you enjoy Spring even though many of you in the Midwest USA are without power and experiencing temperatures below freezing. We can always hope I guess.

This piece is back to a more traditional tonal language, although it does make use of the Mixolydian mode rather than the usual major (Ionian) mode. Notice that the key signature is two sharps (D major) but the opening and closing harmony is A Major which should give the impression of a tonal center of A major but with…

Here is short piece using one of the more common octatonic (eight-tone) scales. This particular octatonic scale is often referred to as the diminished scale. It can be described as a symmetrical scale consisting of alternating whole and half-steps.

The scale I used in this piece is as follows:

Of course you could also consider this scale as alternating half and whole-steps by simply starting on the second degree.

The second in a series of seasonal compositions.

You can also purchase the set of four seasons here for $5.00.

What is a common-tone diminished seventh chord?

Take the progression in C major:

The Ebdim7 chord has the note A (B double-flat) as a common tone with its chord of resolution (Dm7). If we are talking about seventh chords it actually has two notes in common, A and C.

My yearly contribution to the Christmas guitar repertory. A new arrangement of God Rest Ye Merry Gentlemen that I hope you enjoy. I know it's a little early but as before you might need a little time to get it under your fingers.

You can download it for free or pay whatever you like through the link below. Have a great Holiday.

Hot Cross Buns revised. A short example of reharmonization. I chose the simplest tune I could think of, with a slight variation, and incorporated some of the more common techniques of reharmonizing a melody that would be typically employed by jazz players. Download the PDF below and play along.

Rather than just a tonic chord through both measures I added the dominant on beat three with commonly used harmonic extensions to add motion and color. Any chord other than vii can be preceded by its…

You can also purchase the set of four seasons here for $5.00.

What do we mean when we say "Carulli was a good composer but not as good as Sor".

Let's examine a little study of Carulli's and see if we can find an objective way of comparing his work with Sor's.

The Carulli study is Prelude 7 from Op. 114. I have excerpted the first eight measures for my example.

If we consider this piece to have a four voice texture and we examine the voice-leading, we notice that there are parallel octaves between the bass and alto (C-D) in measure four into measure five. 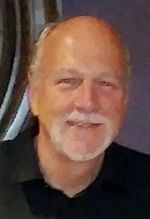